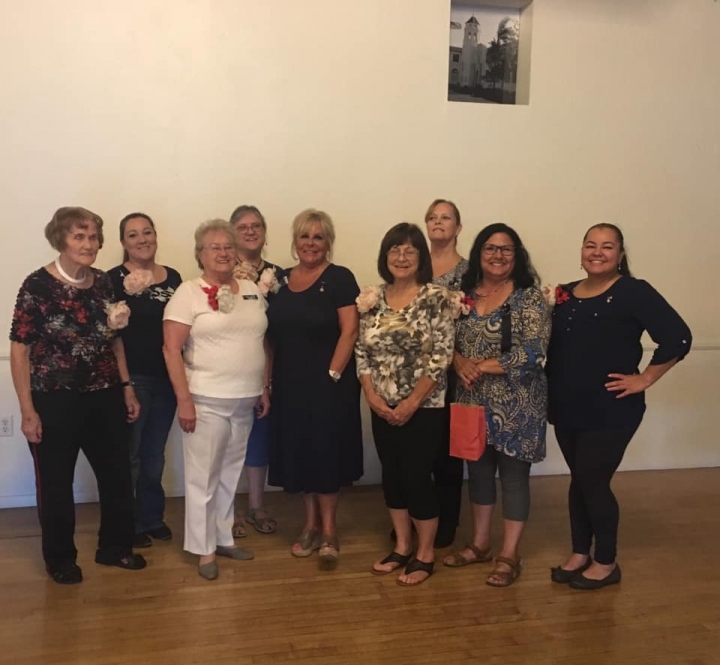 May is Poppy Month !

From the battlefields of World War I, weary soldiers brought home the memory of a barren landscape transformed by wild poppies, red as the blood that had soaked the soil. By that miracle of nature, the spirit of their lost comrades lived on. The poppy became a symbol of the sacrifice of lives in war and represented the hope that none had died in vain. The American Legion Auxiliary poppy has continued to bloom for the casualties of four wars, its petals of paper bound together for veterans by veterans, reminding America each year that the men and women who have served and died for their country deserve to be remembered. The poppy, as a memorial flower to the war dead, can be traced to a single individual, Moina Michael. She was so moved by Lt. Col. McCrae's poem, "In Flanders Fields," that she wrote a response:

. . . the blood of heroes never dies
But lends a luster to the red
Of the flower that blooms above the dead
In Flanders' Fields.

On impulse, she bought a bouquet of poppies – all that New York City's Wanamaker's Department Store had – and handed them to businessmen meeting at the New York YMCA where she worked. She asked them to wear the poppy as a tribute to the fallen. That was November 1918. World War I was over, but America's sons would rest forever "in Flanders' Fields." Later she would spearhead a campaign that would result in the adoption of the poppy as the national symbol of sacrifice.

"In Flanders Fields" is a war poem in the form of a rondeau, written during the First World War by Canadian physician and Lt. Col. John McCrae. He was inspired to write it on May 3, 1915, after presiding over the funeral of friend and fellow soldier Alexis Helmer, who died during the Second Battle of Ypres.

In Flanders fields the poppies blow
Between the crosses, row on row
That mark our place; and in the sky
The larks, still bravely singing, fly
Scarce heard amid the guns below

We are the Dead. Short days ago
We lived, felt dawn, saw sunset glow,
Loved, and were loved, and now we lie
In Flanders fields.

Take up our quarrel with the foe:
To you from failing hands we throw
The torch; be yours to hold it high
If ye break faith with us who die
We shall not sleep, though poppies grow
In Flanders fields.