continues to keep itself busy performing Military Honors for veterans being interred at the Riverside National Cemetery.

In addition to those duties, our team will perform Military Honors off site when requested by families for veterans’ who are being interred at private cemeteries within the Riverside area.

We also have and will perform Colors Presentations for a variety of events when requested.

As an example, on Flag Day, Saturday, June 14th, 2015, our team had the privilege and honor to perform the Presentation of Colors at the annual Flag Day Ceremony at the Riverside Elks Lodge #643.  In addition to the Colors Presentation, our team performed a flag folding with the reading of “The Thirteen Folds”; the playing of taps; and ending with the presentation of the folded flag to the Exalted Ruler of the Riverside Elks Lodge. 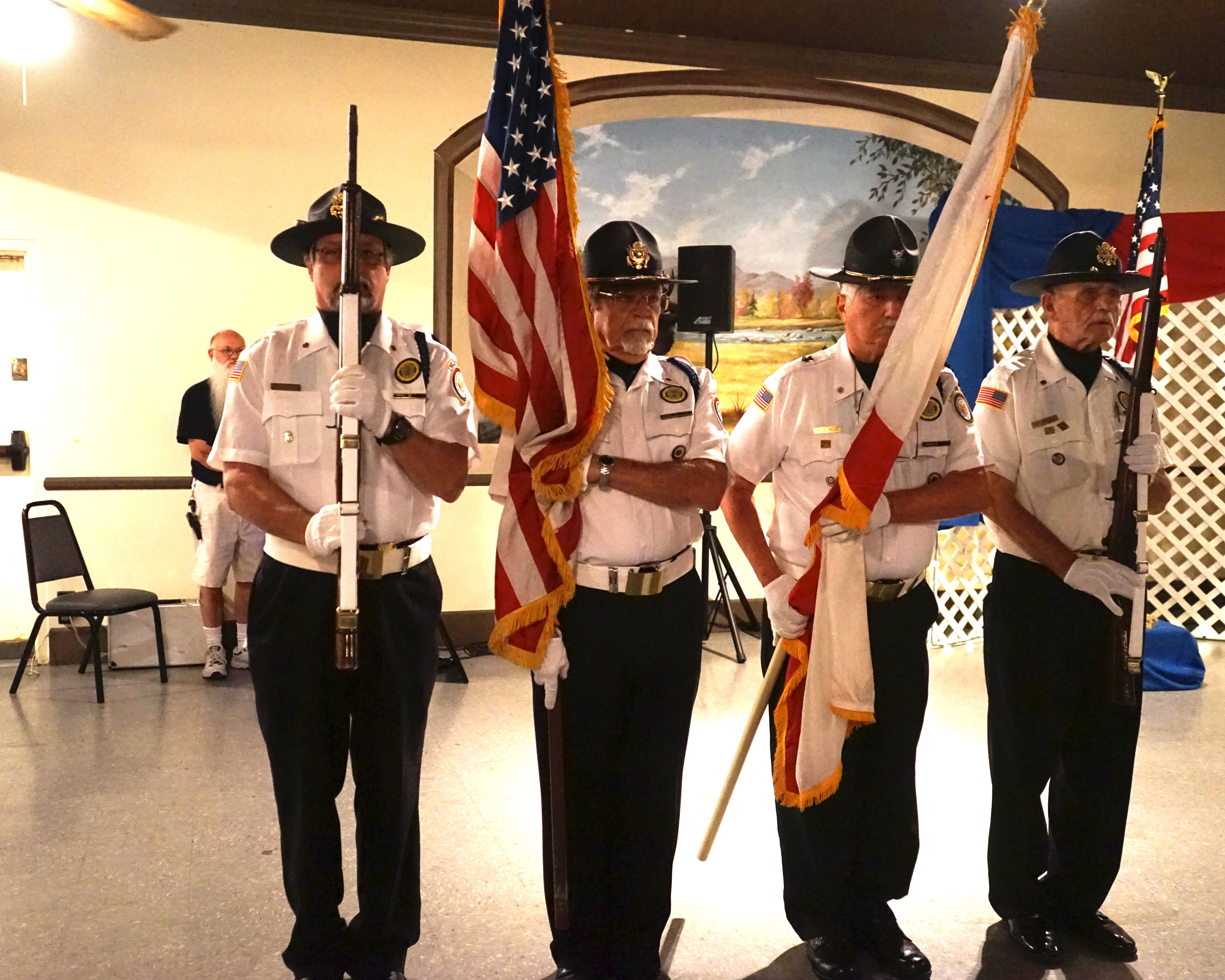 Beginning the ceremony, above, are team members left to right, Chuck Conley, Paul Arnold, Pete Keck and Lee Walker, while the “Pledge of Allegiance” is recited by the audience. 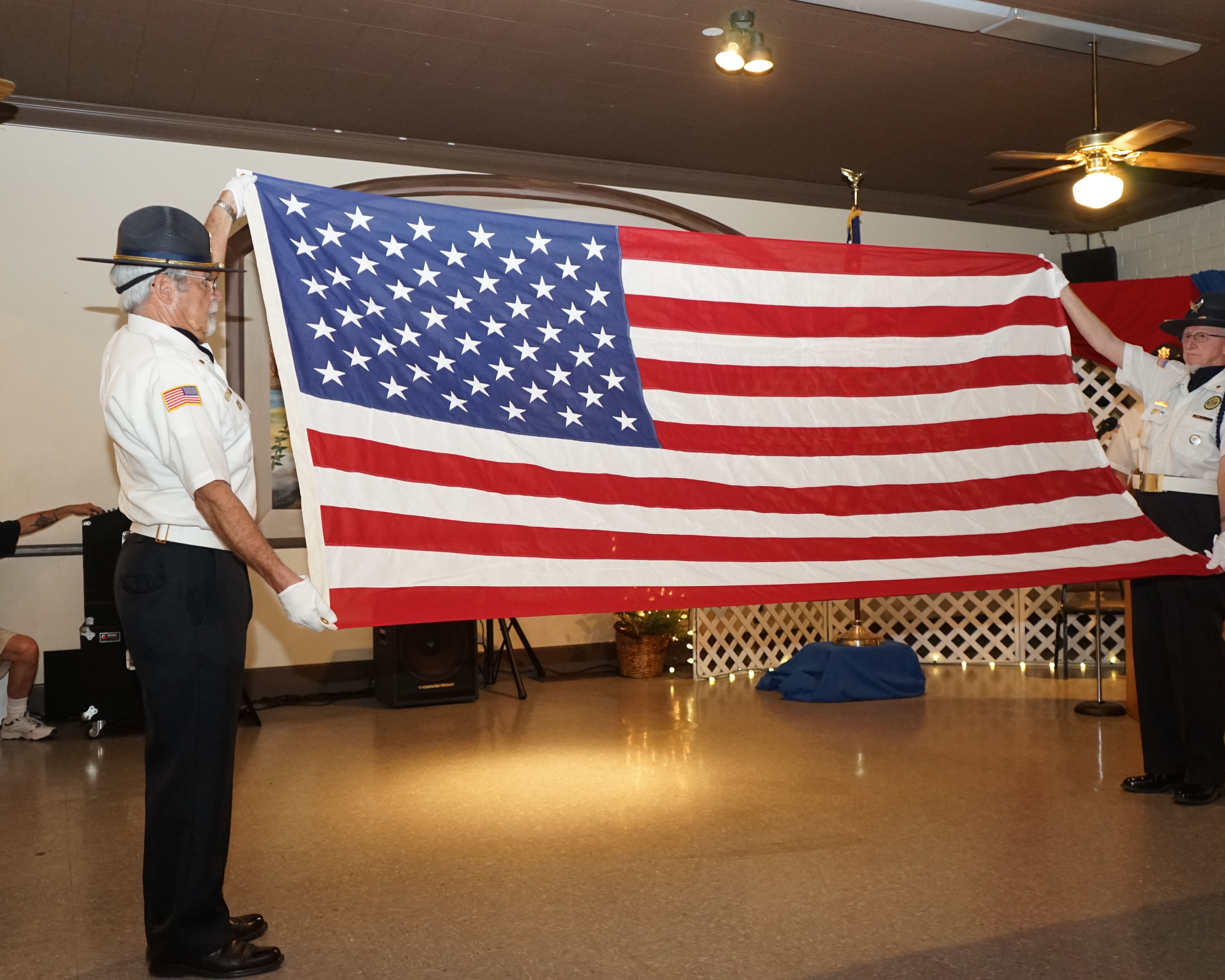 Depicted to the Left Paul Arnold and Team Captain Bill Baker display the flag to the audience in preparation for “The Thirteen Folds”, while “Taps” is being played. 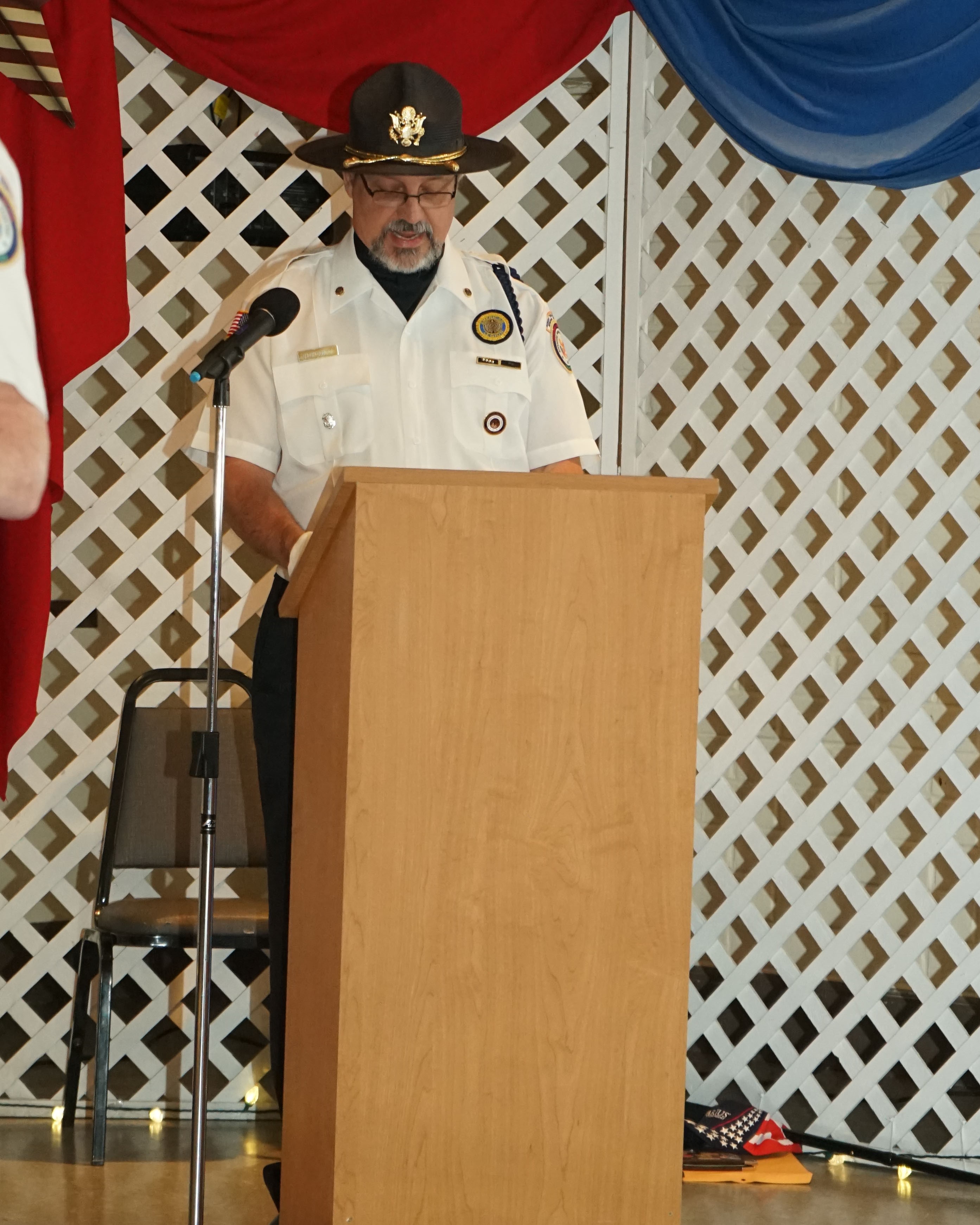 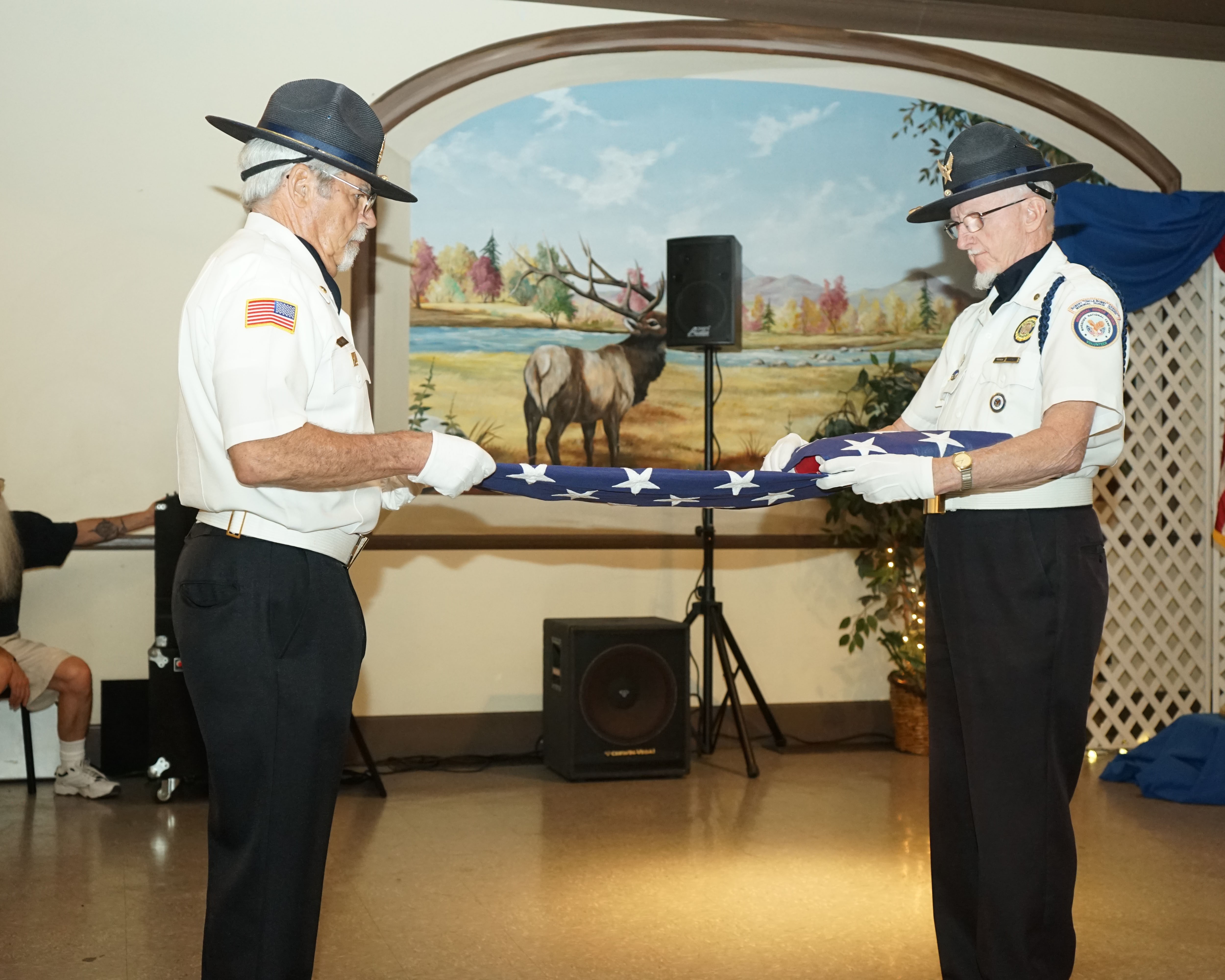 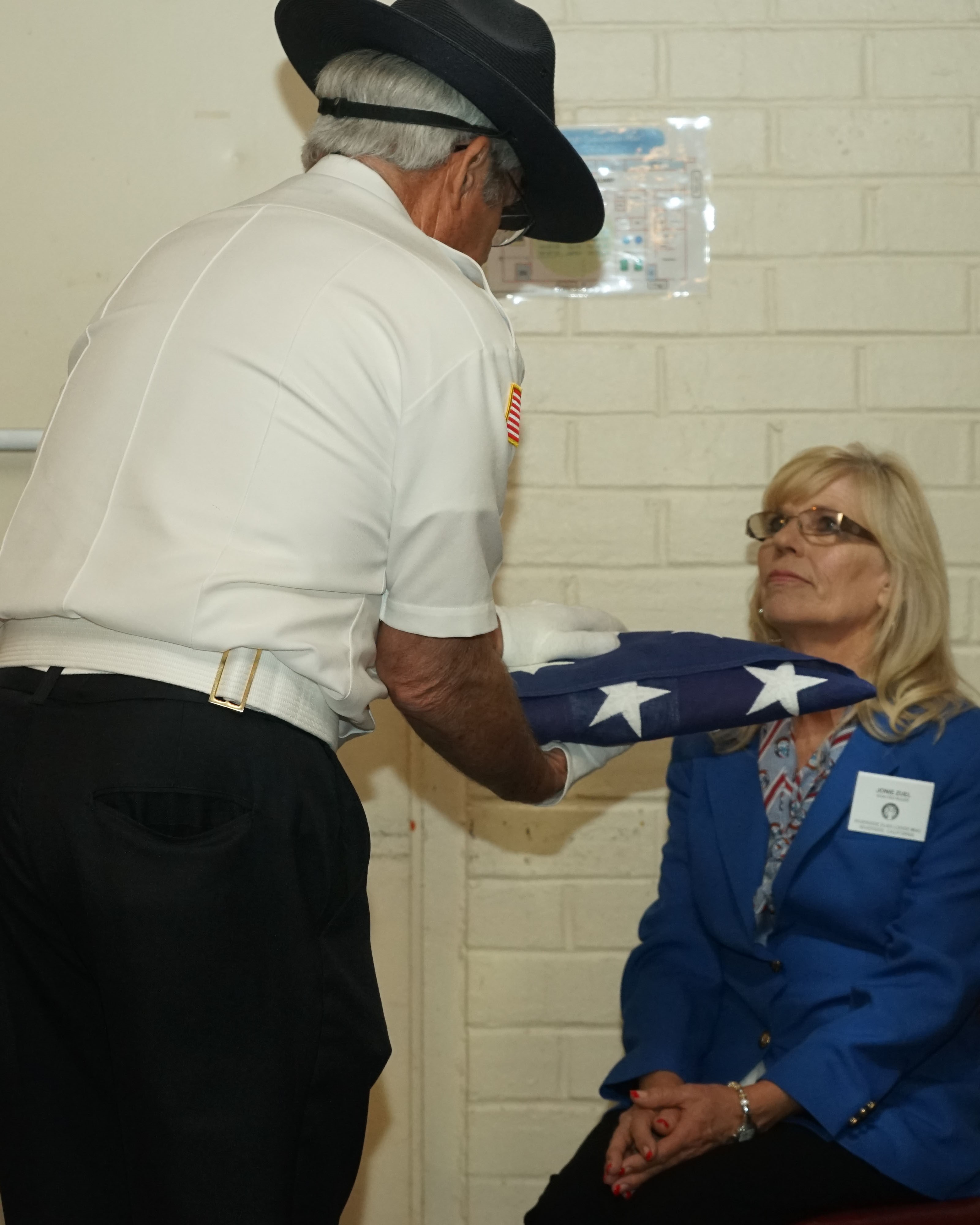 After the flag was folded, it was solemnly presented to Jonie Zuel, the Exalted Ruler of Riverside Lodge #643 of the Benevolent & Protective Order of Elks.

To the left, a team member is presenting the flag on behalf of our grateful nation, for the honorable and faithful service, and the ultimate sacrifices paid by the Patriots of the Revolution, and all of the soldiers, sailors, marines and airmen, while serving and protecting this nation, throughout history to the present day.

The Robert J. “Uncle Bobby” Castillo Memorial Honor Guard continues to look for dedicated volunteers.  Our team, (also known as Memorial Honor Detail Team-12 at the Riverside National Cemetery), has been in existence since 1996 and has performed over 2,400 “Military Honors” services for deceased veteran’s and their families at the Riverside National Cemetery.

Presently, our team is suffering a shortage of personnel and needs to increase the number of the members to our team in order to continue to conduct this most worthwhile service to our community, our veterans, and their families.

We meet on the 1st, 3rd, and if there is a 5th Tuesday of every month at Riverside National Cemetery.  Generally our duties require us to be at the cemetery between the hours of 9:00 am to 3:00 pm.

If you would like additional information, or need the services of an honor guard, you may contact our Team Captain, Richard Chalupnik, at (951) 202-1802.